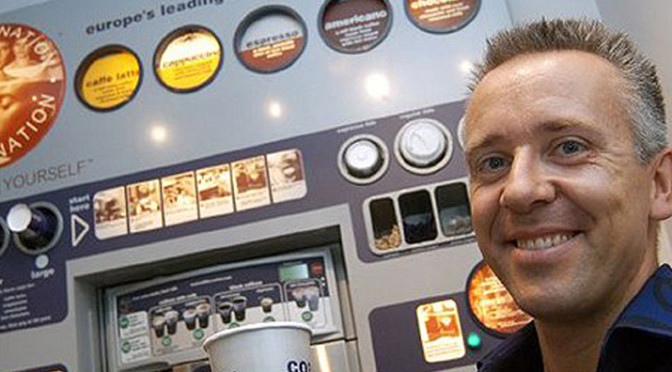 I started my first business in the 1991 recession. My first clients were all small engineering companies who needed to gain ISO9000 accreditation as a badge of quality.

Within a couple of years I was training and consulting with some of the world’s most successful companies from the UK, Europe, S Africa and the US, across engineering (my background) and increasingly services and consumer businesses.

I opened an office in the US and expanded my offer to include human resources, environmental management (way ahead of its time then) and occupational health and well being.

My wife then joined me and we continued to grow to nine full time people and a growing team of associate consultants and trainers. We helped hundreds of companies achieve the Investors In People (IIP) accreditation and undertook ground breaking work linking good people management with company performance. We launched personal development plans (PDP’s) which laid the foundations for the growth of coaching in the workplace in the UK. By the mid-90’s we had grown to become a mid-size London consultancy firm. The firm is now called DRC Coaching.

Inspiration for new businesses can come from anywhere and that is certainly true for Coffee Nation.  I had read an article in a business magazine about an American company that installed photocopiers in newsagents and small shops for customers to use.  They owned and maintained the machines and shared the revenue with the shopkeeper who would also benefit from more people visiting their store. I liked this model so set about finding another product I could put into the same locations on this revenue share arrangement.

By the end of the year I had written a business plan and launched my first sites. My enthusiasm was soon challenged as I discovered that UK and US consumers are very different. I would go on to discover that everything had to change – the product, the pricing and the locations – if this business was to work.

Fortunately I did find the answers I needed before I ran out of money. By the end of 1998 I had secured £100K seed capital and a Small Firms Loan. I was on my way.

By now I realised that I had the makings of a new market category and called it ‘self-serve gourmet coffee’. My vision was to put great coffee-to-go wherever people were 24/7!

More product development followed and by the end of 1999 I had launched trials with Texaco and Welcome Break motorway services – these two companies became our launch customers.

By the time I sold the company in 2008 we had seven contracts with major retailers including Tesco and Sainsbury and sales of over £20m. In most locations we were the most profitable category for the retailer. We were ranked one of the UK’s top 100 fastest growing private companies in 2005 and 2006.

Our customers told us they loved being able to pick up a great coffee without having to visit a coffee bar. Some even told us ‘you make my life better’.

Of course, we made some mistakes but we had a lot of fun and built a fantastic team. Without them my vision would have remained just that. No other company came close to challenging our lead of the market category I created.

I was named an Ernst & Young Entrepreneur of the Year Award Winner for consumer products in 2005 and Coffee Nation won the Sunday Times/Virgin Atlantic Innovation Award in 2006.

The company was sold again in 2011 and is now called Costa Express.

Coachmatch was launched by the DRC Coaching team in 2008 and is fast becoming the marketplace for companies to find the best coaches for their people. Nurturing talent in any company must be no.1 priority. Coachmatch works with over 200 of the best coaches globally, is growing fast and profitable.